I ordered my 2013 Mac Pro the day they went up for sale, even though I had an early morning flight that day. To recap, I bought a 6 core with D500, 1 TB SSD, and upgraded to 64 GB of OWC RAM. I upgraded my old 8 TB Areca RAID to 24 TB, bought an OWC Thunderbolt PCI chassis, and moved over my (old) Areca 1680x card. The OWC chassis is loud, so I also bought the 10 meter Thunderbolt cable and put the adapter box and disks in my office closet.

I had been running 3×30″ Apple displays with the cable mess that comes with the DisplayPort->DVI adapters, but recently switched out the Apple displays for my HP ZR30ws. Frankly, the HPs have a better picture, likely just due to crisper, more even lighting as a result of being 6 months old instead of 6 yrs old, but best of all, they require no adapters.

The highlights of the new Mac Pro are the lowered energy usage, the reclaimed physical space, and the huge reduction of cable mess. It’s disappointing going to 128 GB of RAM comes at a huge memory speed hit in the new box, but I can live with it (hoping that something better will be available by the time I need more than 64 GB).

The new Mac has only been off for about 2 days since I bought it, due to construction in my office. It’s been solid. I’m happy with the upgrade.

(I didn’t mention performance! It’s fast. The old box was fast, too. Is this one faster? Go look at my other post. I am spending most of my time crunching numbers in C++ on Linux this year, and it’s been great–especially with the 3.5 ghz single thread vs 2.4 ghz for the old 12-core–but 64 GB has been an issue for some of the calculations I am doing. But not a show stopper yet.)

The only downside that has bitten me is that there’s no locking mechanism for Thunderbolt cables–so if one falls out, and your home directory is on that Thunderbolt device (mine is), it’s very unfortunate. I’ve “solved” this with zip ties for now. 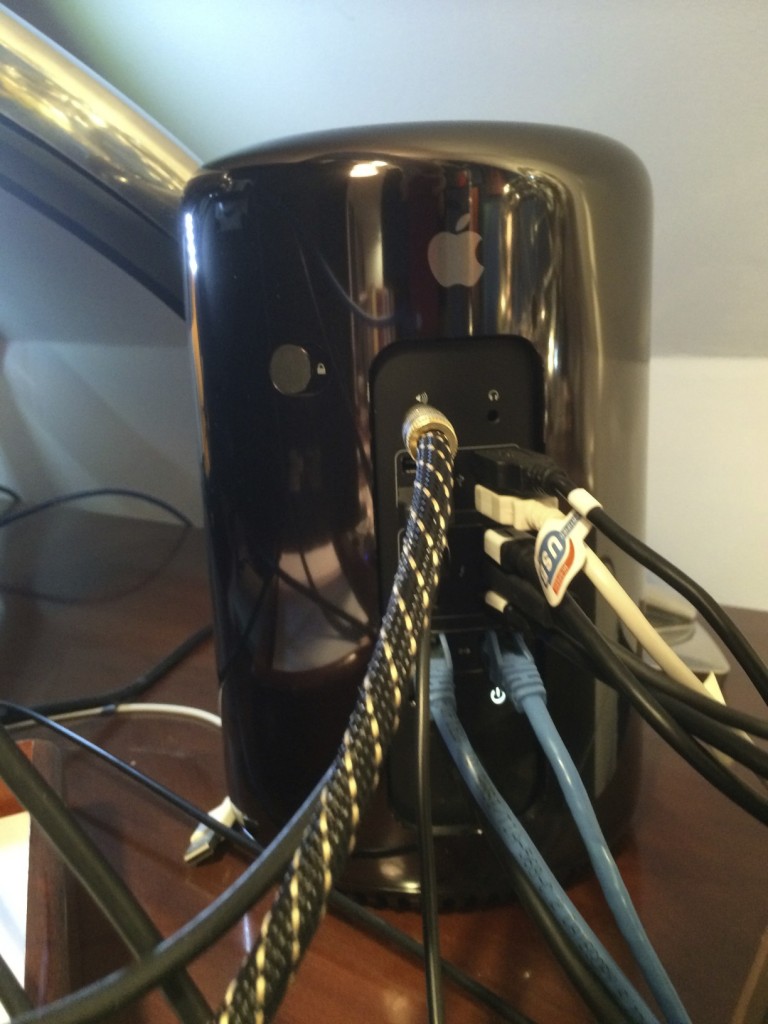