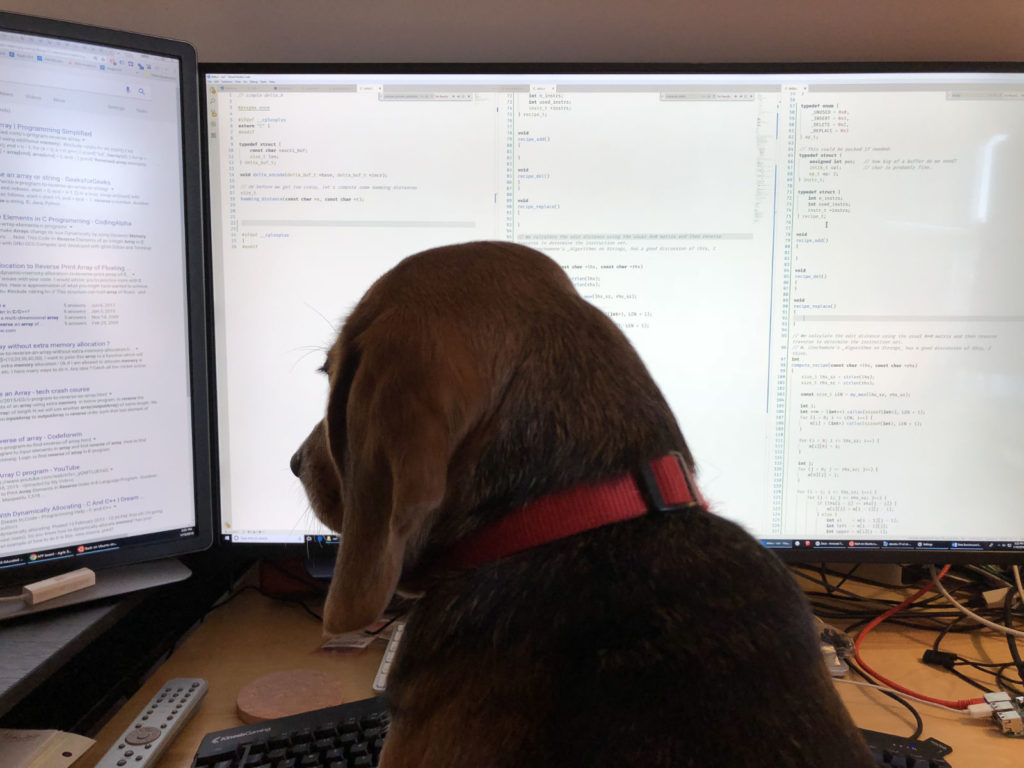 For the last 18 months or so, 43″ displays have been the max you can get for a traditional computer monitor on the desktop. Dell was the first, and I ordered their 43″ the day they allowed pre-orders in May 2016; other vendors eventually followed.

First, overall, these are 4K screens with pre-HiDPI/Retina resolutions. The 43″s run around 100 pixels per inch, which is about the same as the old 30″ monitors that were 2560×1600. I really like this resolution, but of course it will be great to upgrade to 8K in a few years for the increased sharpness.

Here’s my main desk, with three portrait screens and the Dell 43″ in the middle: 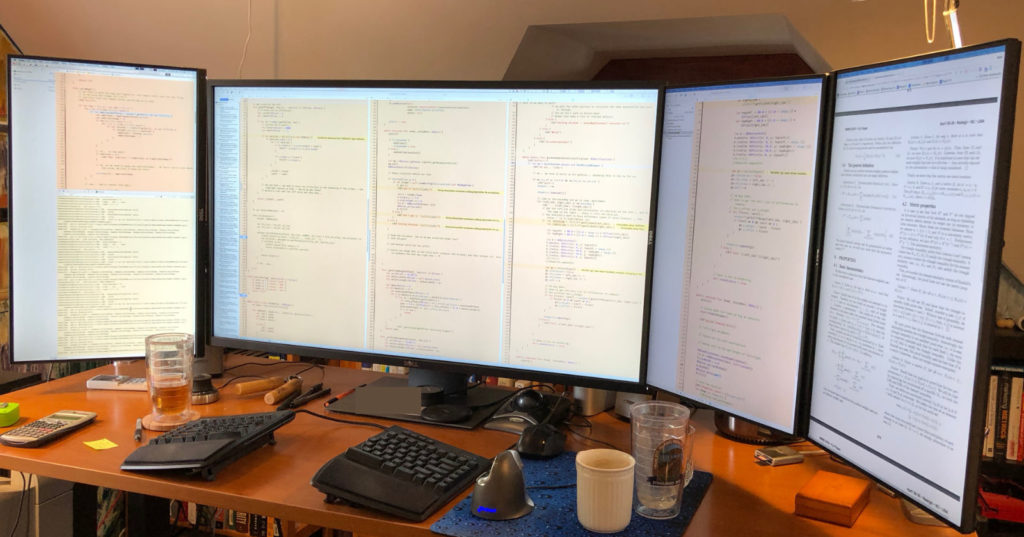 The Dell 43″: Plenty of inputs. The speakers are OK, but not great. DisplayPort and HDMI only; no USB-C. The buttons are on the front. Color reproduction is adequate for non-color work but definitely not good enough if you’re doing anything serious. The DisplayPort handshake can be iffy with MacOS from time to time (10.13.6 is worse than 10.13.5 was, but 10.13.x has been better than 10.12.x).

The main drawback is a dark gray band around the perimeter of the screen. It’s annoying once you notice it; I didn’t notice it til someone else who bought the monitor asked if I had noticed it. (Thanks a lot! :-). 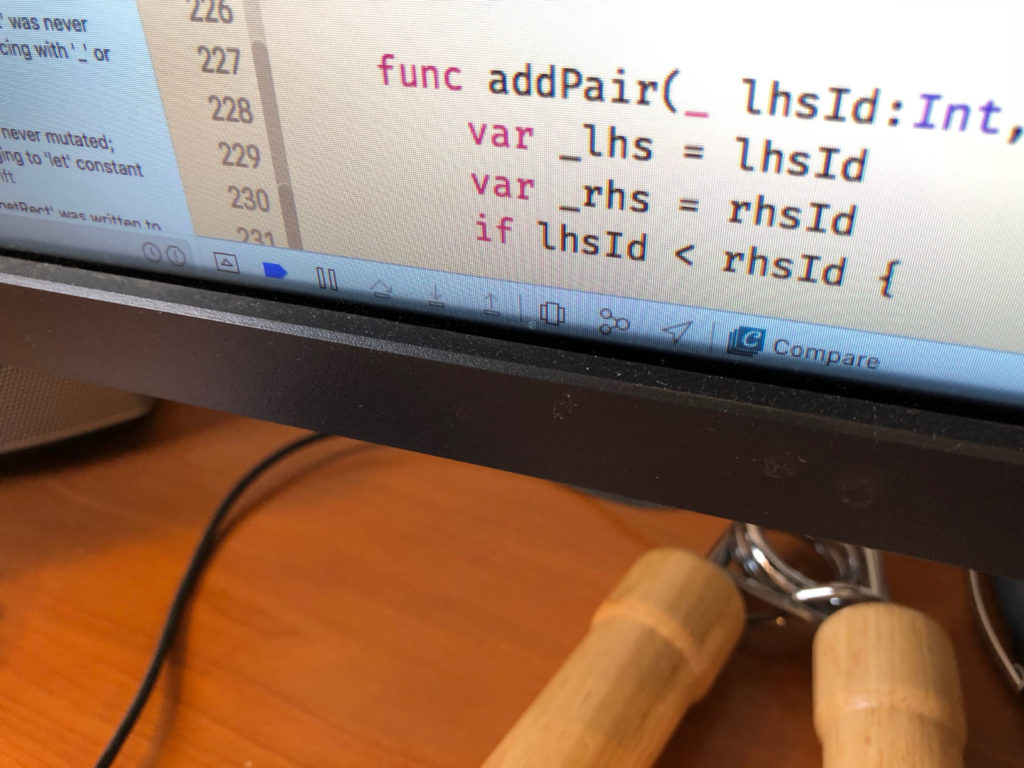 The ViewSonic 43″: Like the Dell 43″, it lacks USB-C. The control buttons are on the back and overthought–someone thought you’d like to reach around and get angry to turn on the monitor or use a weird joystick… it’s quite odd. The color is very nice–much better than the Dell, but the screen has a slightly glossy coating, which means reflections can be quite bad on dark backgrounds. 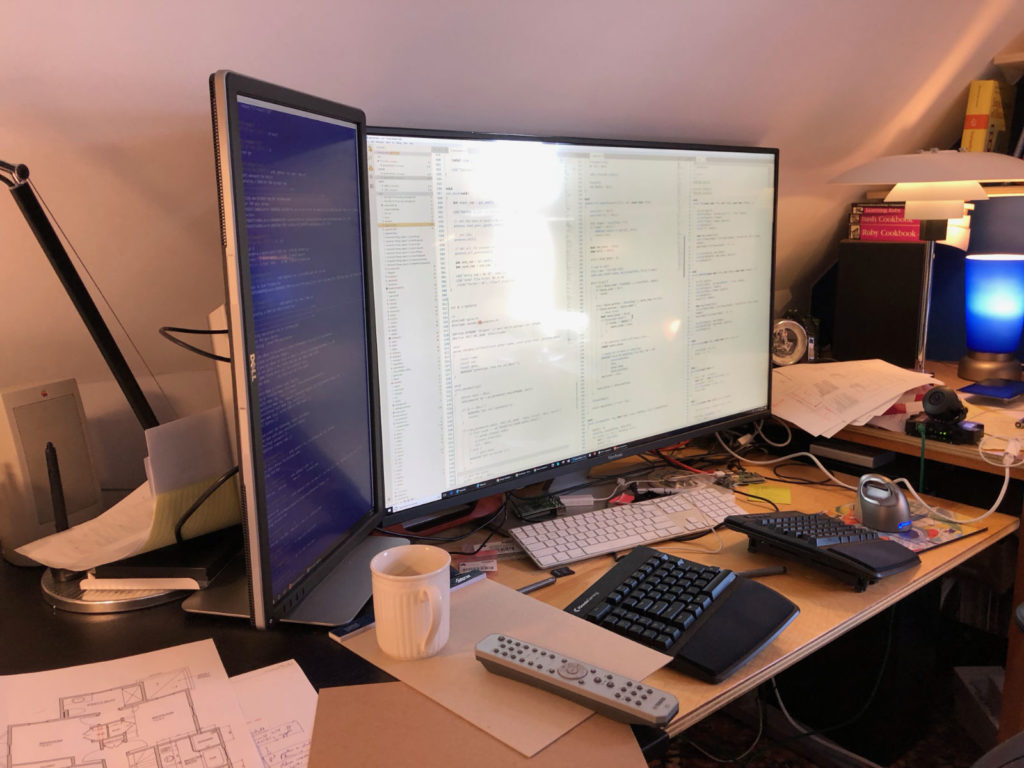 The Dell 38″: One of the downsides with both of the 43″ panels is that they are not curved; I sit about 21″ from the screen in the middle, which means the distance from my eyes to the corners of the screen is about 6″ further away. A curved 43″ would be very nice, and so it turns out the curved 38″ is very nice too. It’s almost as wide, the color is good, and it has USB-C. However… the 1600px height kills it for me. Sure, this is what I had on 30″ displays for years, but once I went to a 2160px tall screen, losing those 500 pixels suddenly matters. The screen is much shorter in height, as well, which is why I’ve decided to sell my 38″. But if you need USB-C, this is a great buy. 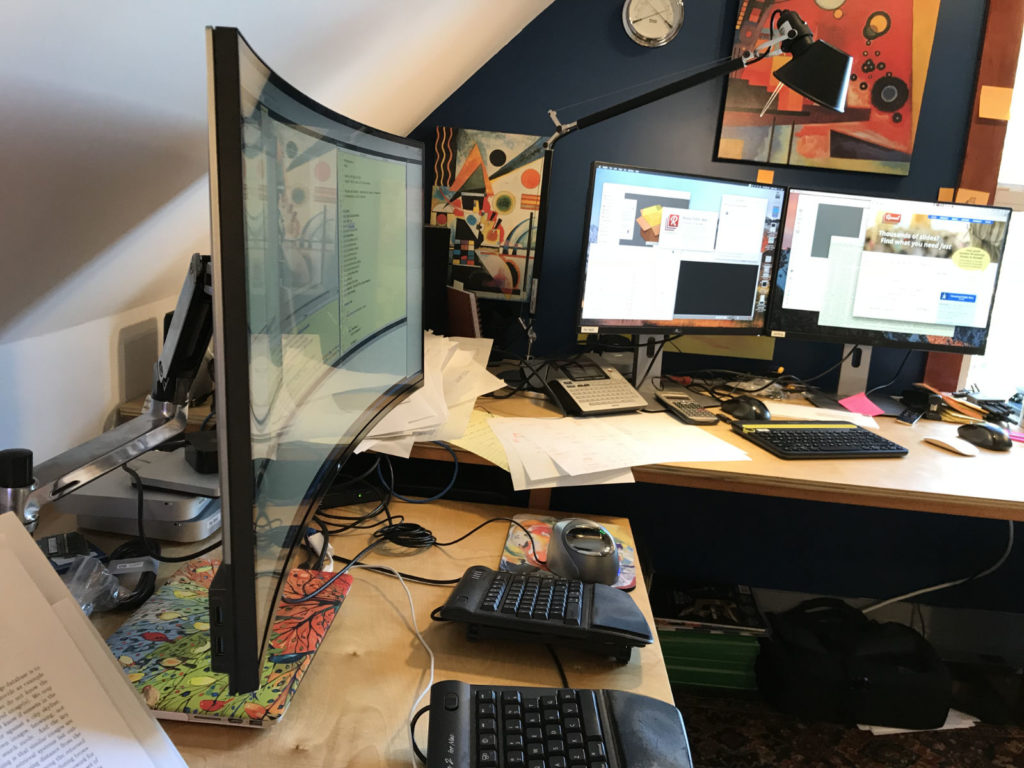 One thing to keep in mind with these bigger monitors: If you want to use a monitor arm, the 43″s are big, heavy and may need a 200×200 plate–the bigger arms can cost quite a bit more. I used the 38″ on a modern Ergotron LX arm and it was fine. Ergotron makes a HX series, but I haven’t tried that arm yet.